Since you follow this blog, then you know how much we love Zac Efron. He’s starting to land bigger roles in movies and it’s well deserved. The fact that we get to see his naked butt it just a bonus. The Zac Efron naked scene above comes from the movie ‘Dirty Grandpa’ and it well worth the price of admission. The movie contains a good amount of male nudity, so be prepared to see some famous butts. Due to his handsome appearance, physically fit body, and amazing acting skills, Zac will play the role of Ted Bundy in 2019. The film is titled ‘Extremely Wicked, Shockingly Evil and Vile’ and looks like it will be a real thriller. Because the movie was unveiled at the Cannes Film Festival, people are starting to create a buzz. In conclusion, you can bet your sweet ass that we will be there. 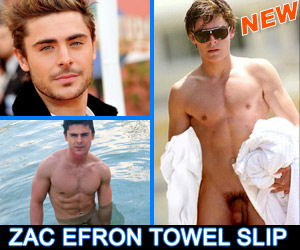